The Disclosure of the Third Secret (part II)

Significantly, a considerable part of what we know about the contents of the secret comes from the hierarchy of the Church. These witnesses are the more important, as they are mostly critical towards the message of Our Lady in Fatima and especially towards the great secret of the 13th of July.

John XXIII read the secret on the 17th of August 1959 according to the statement of the Vatican document of 2000. On the exterior envelope in which the secret was kept he ordered his secretary, Mgr. Capovilla to note: “I leave to my successors the task to comment or to decide”. On the 13th of May 1960, the Pope held a meeting with some prelates to discuss the secret. The Pope himself didn’t make any declaration. He simply stated: “It doesn’t concern the years of my pontificate.” According to the testimony of Cardinal Oddi, he didn’t want to hear anything said about it and would never mention it again.

From Pope Paul VI, we know that he read the Secret, but never spoke about it. However, to understand his attitude towards Fatima, it must be noted what he said about Sr. Lucia during his pilgrimage to Fatima in 1967: “She is a very simple girl! An uncomplicated peasant. The people wanted to see her and I have shown her to them”. In spite of her request, he notified Sr. Lucia that he wouldn’t have time to talk with her personally. Fr. Dhanis was a close friend of his and the Pope shared his theories about Fatima.

John Paul II read the secret, but never spoke about it until his sudden announcement about his decision to have the secret revealed.

Pope Benedict XVI (for his statements before becoming Sovereign Pontiff see below) during his visit in Fatima on the 13th of Mary 2010 made the following allusion: "we would be mistaken to think that Fatima’s prophetic mission is complete“. This means, that the message of Fatima concerning the future has not yet been completed and stands in contradiction to the frequent statements of Cardinal Bertone claiming that Fatima’s mission concerning the future has been completed and belongs now to the past. In 2015 Prof. Ingo Dollinger, a personal friend of Pope Benedict XVI, repeatedly affirmed that the former Prefect of the Congregation of Faith had declared to him several times, that the “publication of the so called third secret of Fatima in the Vatican document of 2000 is not complete. However, soon after these declarations, the Vatican press office declared in the name of the pope Emeritus Benedict XVI, that “he never spoke with Dollinger about Fatima“.

Cardinal Ottaviani spoke twice about the secret after having read it. 1967 he said: “Finally there was the third part of the things confided by the Holy Virgin. And these things she had confided to Lucia not for herself, not for the world, at least for the time being, but for the Vicar of Christ… And Lucia has kept the secret. She has not spoken, which is not to say that some haven’t tried to make her speak. Yes, there are ‘secrets of Fatima’ circulating, which are attributed to her. Do not believe any of them! Lucia has kept the secret. And then, what did she do to obey the Most Holy Virgin? She wrote on a sheet of paper, in Portuguese, what the Holy Virgin had asked her to tell the Holy Father.” And the other important statement: “The message was not to be opened before 1960. I asked Lucia: “Why this date?” And she answered me: “Because then it will be clearer.”

Cardinal Cerejeira, the Patriarch of Lisbon, confided to Father Pierre Caillon: “I do not know the Secret. One time Pope John XXIII spoke to me about it vaguely, in a reticent way, and I understood that it concerned very grave matters”.

Cardinal Ratzinger publicly confirmed that he had read the secret in 1984. “Why hasn’t it been revealed?”— “Because, according to the judgement of the Popes, it would add nothing to what a Christian must know from Revelation: a radical call to conversion, the absolute seriousness of history, the dangers threatening the faith and life of the Christian, and therefore the world. Also, the importance of the last times. If it is not published — at least for the moment — it is to avoid confusing religious prophecy with sensationalism. But the things contained in this Secret correspond to what is announced in Scripture and are confirmed by many other Marian apparitions, beginning with the Fatima apparitions themselves in their known contents. Conversion and penance are essential conditions of salvation.” (November 1984).

John Haffert, international delegate of the Blue Army, was an intimate friend of the first bishop of Fatima, Don Jose Alves Correira da Silva. He relates the following conversation with the bishop: “One day the bishop, voluntarily steering the conversation to the subject of the Secret, told me: “It is possible that it deals with world events, but also it is possible that it deals with entirely spiritual subjects”. As Mgr. da Silva had not read the secret, he must have received this information from Sr. Lucia herself. It is quite possible that Sr. Lucia, whom he visited from time to time, had told him at least partially what she confided to Fr. Fuentes about the crisis in the Church (see below).

Bishop Venancio was auxiliary bishop of Leiria and Fatima at the moment of the transfer of the secret to Rome. As Rome required the photocopies of all the writings of Sr. Lucia, he suggested to his ordinary bishop to open the secret, to read it and to send a copy to Rome. Bishop da Silva refused. Ordered to bring all documents to the apostolic Nuncio he made an analysis of the envelope containing the secret, holding it in front of the light. In the bishop’s large envelope, he discerned a smaller envelope, that of Sr. Lucia, and inside this envelope an ordinary sheet of paper. He took the trouble to note the size of everything: the size of the outer envelope dated 12/9/1945 was 14.5 x 22 cm; the size of the inner envelope easily visible by transparency in front of the light was 12 x 18 cm. The letter inside this envelope, also visible by transparency, was itself of a smaller format, 7.5mm away from the upper part and the right side. On the other sides, it fitted the size of the inner envelope. The four corners of the inner envelop were waxed.

Mgr. Cosme do Amaral, bishop of Fatima, on the 10th of September 1984 in Vienna, Austria, denounced a fake version of the secret published in Germany at that time: “the secret does not speak about atomic bombs, nuclear weapons, SS-20 missiles. Its contents only concern our faith. … The loss of faith of a continent is worse than the annihilation of a nation; and it is true that faith is continually diminishing in Europe”. 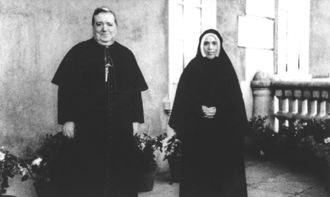 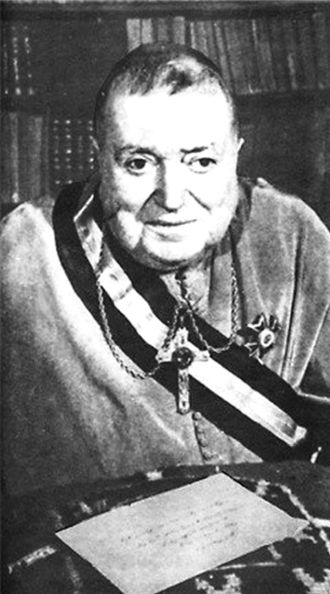 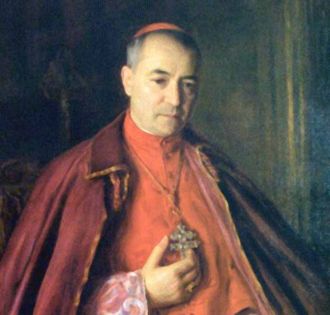 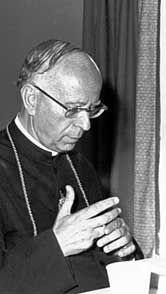