The 2019 Fatima Conference in Warsaw

The 2019 Fatima Conference organized by the Fatima Centre took place in the Polish capital of Warsaw on the weekend (11-13th of October) of the 102th anniversary of Our Lady of Fatima’s famous “Miracle of the Sun”. The venue for the Fatima Conference this year has been especially significant because Catholic Poland that has been blessed with the heritage of the One True Faith for over a thousand years is currently under attack from the same enemies that have led the Western world into moral and spiritual decay, namely, Freemasonry, liberalism and communism. Without urgent action to seek recourse to the Blessed Virgin Mary and her Immaculate Heart by prayer, fasting and sacrifice, faithful Catholics in and beyond Poland fear that this country will follow the immoral and godless ways of its Western counterparts.

Despite the previous week being all rainy and wintry, Warsaw welcomed Our Lady of Fatima’s messengers with warm and clear skies lasting the entire duration of the conference. Moreover, people from different nationalities (Polish, Canadian, American, etc) also turned up for the conference in the capital’s downtown, further encouraged by the pleasant weather as well as by well-meaning family and friends.

Notable Fatima speakers included Fr. Karl Stehlin, Father Isaac Mary Relyea, Father Michael Rodriguez, Christopher Ferrara, Brendan Young as well as Polish speakers like Pawel Lisicki, Anna Mandrela and Wojciech Golonka. These well-researched speakers spoke in great detail about topics including the True Message of Our Lady of Fatima, the current crisis and apostasy in the Vatican as well as the Spirituality of St. Maximilian Maria Kolbe, Founder of the Militia Immaculatæ. Members of the audience, some of them who have not been attending the Traditional Latin Mass on a regular basis, found these conferences eye-opening and returned to their homes with actionable insights and increased zeal to spread Our Lady of Fatima’s message. Edified by the true account of the lives of the three children of Fatima as well as the great Polish St. Maximilian Maria Kolbe’s heroic charity and zeal for souls, these audience members were very keen to find out more about Our Lady of Fatima as well as the Militia Immaculatæ founded by St. Maximilian himself. Thus many bought several copies of Militia Immaculatæ publications and testified that Poland needed more Knights of the Immaculata to combat the forces of Freemasonry and liberalism with even greater efficacy.

In spite of the numerous tribulations that lie ahead (both from within and beyond Traditional Catholic circles) for the Militia Immaculatæ and the Fatima Centre in helping Our Lady save more souls for God’s glory, we trust that the Immaculate Virgin Mary will take care of everything because these apostolate efforts belong to her and to God alone.

The well-known prayer of the Legion of Mary that extols the Immaculata in the words, "Who is she that comes forth as the morning rising, fair as the moon, bright as the sun, terrible as an army set in battle array", certainly held true as the Fatima conference came to an end under the watchful gaze of a beautiful full moon in the October night sky. 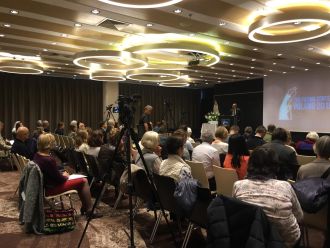 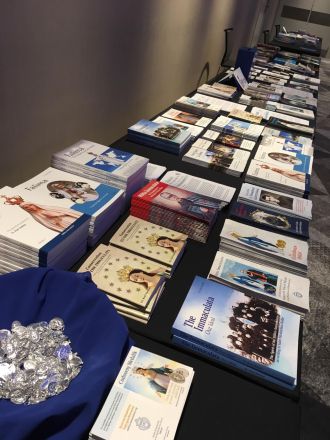 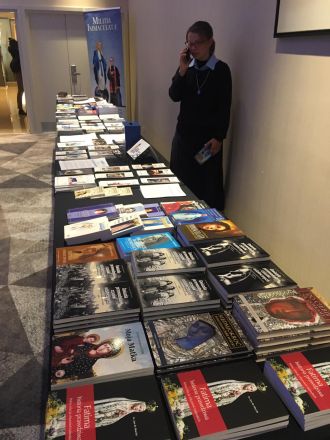