The 102nd Anniversary of the Militia Immaculatae

On the 16th of October is the 102nd Anniversary of establishment of the Militia Immaculatae.

The Militia Immaculatae was established in Rome in the year 1917 among students of the International College of the Franciscans fathers, at Via San Teodoro, 41/F.

What led to its establishment were the ever more overt provocations of the freemasons and of other enemies of the Church of Christ in the very heart of Christendom.

About establishment of the Militia Immaculatae, St. Maximilian wrote: “it was the year 1917. The autumn sun was swiftly sinking down to the horizon and Rome plunged deeper into the darkness that was shrouding it, warding it off with hundreds and thousands of lit lamps.

At the International College of the Franciscan Frathers, a few young friars gathered almost furtively in a cell. A seventh person arrived; everyone was there now. The door was locked and the group sat around a rectangular table. A beautiful statuette of the immaculate on a pedestal between two lighted candles dominated in the middle. After an introductory prayer a letter from the Holy Father’s confessor, Fr. Alessandro Basile, was read aloud. In it, he announced the he would submit the cause of the Militia of the Immaculata to the Vicar of Christ. Then a draft “program” was read: goal, means and conditions. Discussion on each of these points ensued, and finally deliberation by vote. The friars consulted among themselves for quite a while, but the face of each reflected serenity and confidence, as well as love — ready for self-sacrifice for the salvation of souls through the Immaculate — and some concern over how to best set up the cause.

Three of them were young priests, one from Romania (Fr. Iosif Petru Pal), the second Italian (Fr. Quirico Pignalberi), and the third, Fr. Antoni Maria Głowiński, born and educated in the Romanian city of Galati, but to a Polish father and Romanian mother. The other were still clerics, more or less near the solemn day of their priestly ordination. That first meeting of the Militia took place by permission of their supersiors in the very cell of one of the brothers, Br. Antonio M. mansi. Born in London, but to Italian parents, a talented poet, musician, he was very articulate not only in his mother tongue, but also in English, French, and classical Latin. But above all he was an exemplary friar. 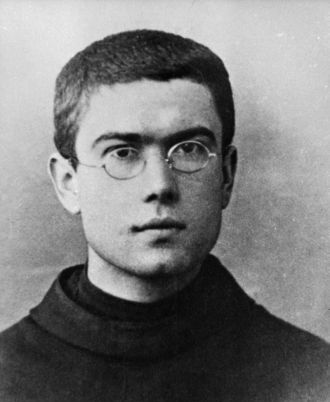 St. Maximilian during studies in the International College Seraphicum in Rome 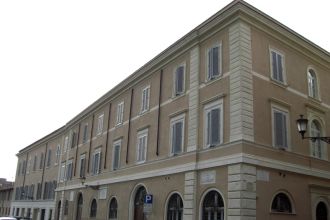 The International College Seraphicum in Rome. In the chapel of this College St. Maximilian conceived the idea of funding the Militia Immaculatae 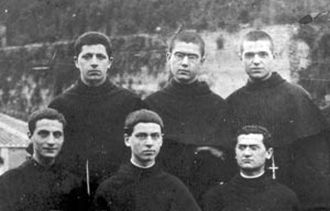 St. Maximilian with seminarians in Rome