Soldiers are not formed overnight. Without serious military training they would be inevitably doomed to defeat. This is particularly true in the war to conquer the world for Christ.

In the history of the Christian apostolate, how many holy enterprises have failed miserably! What ephemeral triumph there have been, followed by long periods of defeat! Millions of souls who once believed have been lost to the faith of Christ! How many enthusiastic militants have suddenly become irretrievably discouraged! How many defenders of the sacred cause have ended by combating one against another! How many soldiers of god have passed over to the camp of the enemy! There have been so many failures, so many ruined works! And all this happened because Christ’s militants were not solidly formed for the combat; because they lacked the qualities indispensable for success.

Who will give them this solid formation? Who will help them to develop these needed qualities? Mary, the same one who calls them to the combat.

She is your Mother. She will concern herself with your formation as a militant, just as she busied herself with the formation of the Supreme Militant, Christ. For Jesus has wished to be like us “in all things except sin” (Heb. 4:15). Therefore, as man He willed to receive from Mary the care and the direction which a child receives from his mother. Mary reared Jesus with a view to His role as the Supreme Militant, for she knew to what role he was destined. She knew, too, that she would have to share in this role.

As a Christian, you are another Christ. As a militant, you continue the work of Christ. Imitate Christ, therefore, and let our Blessed Mother form you as she formed Christ. 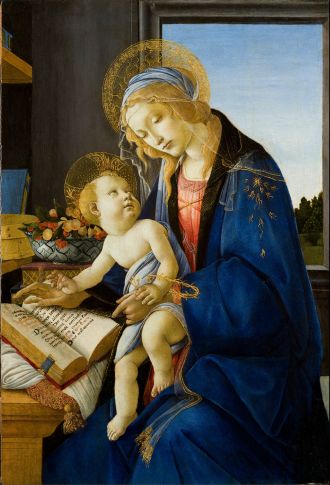