Renewal ceremonies in the Philippines

1) Police Station No. 5 consecrated itself to Our Lady in May of 2017. Recently, on the 18th of November 2019, Major Roy Mateo the Police Superintendent of Police Station No. 5, located 2 km from the Priory of St. Joseph, renewed this consecration with the assistance of nearly 100 Police and Police auxiliaries. The procession began the ceremony by reciting the consecration in front of the Statue. After this act of consecration, 80 Officers and auxiliaries, including Major Roy Mateo, were enrolled in the Confraternity of the Brown Scapular of Our Lady of Mt. Carmel.

2) In 2018, the Barangay of Barpa— with a history of murders, drugs and a noted hide-out for Communists — was visited by Our Lady's statue. At that first visit, some 500 people received the Scapular while another 70 enrolled in the M.I. On the 25th of November 2019, a renewal Mission took place. Results, understandably, were more meagre, because first time joys in poor areas always far out-do the lasting fruits of a deeper apostolic effort. Nevertheless, 9 Knights renewed their commitment to Our Lady, while another 18 enrolled in her army. A renewal ceremony of this sort in such a place features an evening Rosary procession, followed by an MI Conference, followed by participants separating into two groups, one being the veteran MIs and the other being the new candidates. After 30–45 minutes of instruction the renewal ceremony begins. After this ceremony, which includes the enrolment of new Knights, Scapulars are distributed and some confessions are heard. Then, the next morning, at 4:30 AM, Mass is held. Such an early Mass offers everyone the opportunity to receive the Holy Sacrament, and still go to school or work afterwards. In the case of this recent renewal, 80 people attended the evening Conference while 27 attended the 4:30 am Mass, with 18 communions. 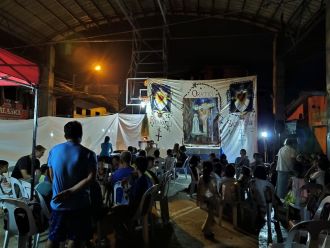 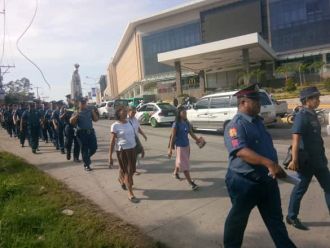 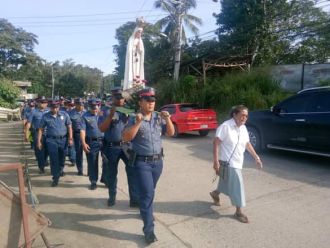 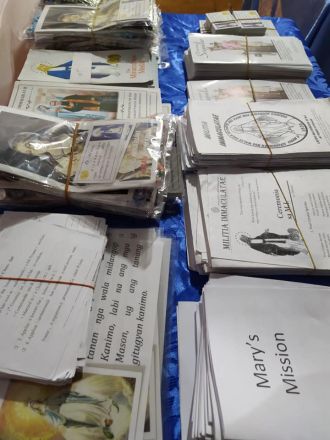 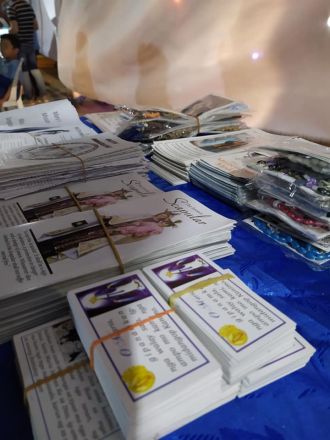