This year we celebrate the 20th Anniversary of the M.I. Traditional Observance. In Warsaw on the first Saturday of May 2000 (May 6th), Fr. Karl Stehlin enrolled the first 50 Knights into the Militia Immaculatæ, renewed according to the principles of St. Maximilian. The first Knights received the “dyplomik” (little diploma), a copy of the one written and signed by St. Maximilian himself. 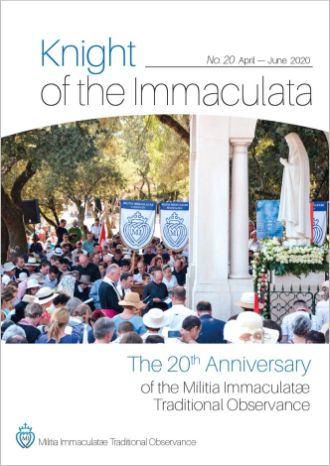