“The Disclosure of the Third Secret” (part IV)

“Let us now turn to Jacinta to see what her testimony can reveal to us in relation to the Third Secret. Sr. Lucia explains that Jacinta “was very impressed by certain things revealed in the Secret”. Jacinta also had special revelations, and in particular, two visions of the Holy Father. What impressed Jacinta the most in these revelations? Four themes: Hell, the Immaculate Heart of Mary, the war, and the Holy Father. All these points are present in the revealed part of the Secret. However, Jacinta’s visions about the war and about the Holy Father seem to go further than that which can be found in the revealed part. Therefore, they must refer to the non-revealed part.

“Jacinta, what are you thinking about?” “I am thinking about the war to come. So many souls will die! And almost all of them will go to Hell!”

She always links the calamities of a horrible war with the fact that most people go to Hell. We know that Jacinta was deeply affected by the vision of Hell and the sight of poor sinners falling “like raindrops” into the abyss. The salvation of ‘my poor sinners’ through prayers and sacrifices was the whole spirituality of Jacinta. In these statements, however, Jacinta declares how the poor sinners fall into Hell: because of a horrible war. Now, a war is extremely dangerous for the physical life of many, but not necessarily their spiritual life. Its terrible catastrophes mainly concern life on earth, and do not have a direct connection to the spiritual life. However, Our Lady wanted Jacinta to link the fact of the death of many persons because of war with the eternal damnation of many of them. This cannot be without meaning. In her apparitions, Our Lady only referred to the World Wars, when she told them to pray for the war to end and when she predicted a second and more terrible war.

Therefore, the connection of “war” with eternal damnation in Jacinta’s mind must come from another source than from the revealed part of the Secret. Is it not an allusion to the Third Secret? It is interesting that Mgr. do Amaral and afterwards Cardinal Ratzinger, when they spoke publicly about the Third Secret, also linked the physical war with the danger of the loss of the faith (see quotations above in this chapter).

b) The Holy Father

“I saw the Holy Father in a very big house, kneeling by a table, with his head buried in his hands, and he was weeping. Outside the house, there were many people. Some of them were throwing stones; others were cursing him and using bad language. Poor Holy Father, we must pray very much for him”.

Once she asked: “Is he the one I saw weeping, the one Our Lady told us about in the Secret?” “Yes, he is!”

When praying with Lucia at the place where the Angel appeared, she once said to Lucia: “Can’t you see all those highways and roads and fields full of people, who are crying with hunger and have nothing to eat? And the Holy Father in a church praying before the Immaculate Heart of Mary? And so many people praying with him?” Some days later, she asked me: “Can I say that I saw the Holy Father and all those people?” “No. Don’t you see that that’s a part of the Secret? If you do, they’ll find out right away!”

The vision of Jacinta is a part of the secret! However, in the revealed part, the Holy Father is mentioned three times: “persecutions against the Holy Father … The Holy Father will have much to suffer … He will finally consecrate Russia to my Immaculate Heart”. The third allusion is a consoling one, the first two are not sufficient to explain why Jacinta was so terribly impressed that she adds this intention to all her prayers and sacrifices. Furthermore, since 1917, no situation resembling that described in Jacinta’s visions has occurred. With some exceptions during the pontificate of Pius XII, there has not been any violent opposition to the Holy Father. On the contrary, the Popes have been appreciated by the whole world.

These observations lead to the conclusion that Our Lady must have also spoken about the Holy Father in the hidden part of the Secret. This is confirmed by Fr. Joseph Schweigl who after having met Sr. Lucia declared: “The ‘third’ Secret has two parts: one of them concerns the Pope.” In fact, a very special grave reason must exist for Jacinta to have been moved so profoundly: in the visions she sees the Pope in an extraordinarily dangerous situation.

“The Disclosure of the Third Secret” (part III) 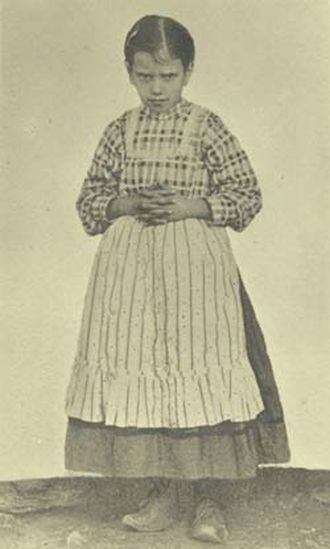