d) Structure of the whole secret

It is not difficult to find out how the structure of the whole Secret of Fatima is built: each part of the Secret announces first calamities to come, afterwards it proposes remedies, finally it describes the consequences. The negative consequence of one part leads to the calamities of the next part. It is important to keep in mind that Sr. Lucia always speaks about one secret divided into three parts. However, such a unity exists only if the parts are linked one to another. Based on these facts, the following pattern can be established:

a) the calamities presented by Our Lady are the vision of Hell and her explication: “you have seen Hell where poor sinners go”;

b) the remedy to save the poor sinners from eternal damnation is God’s will to establish devotion to the Immaculate Heart of Mary in the whole world;

c) the consequences depend on our positive or negative reaction: if we accept the remedy, many will be saved, peace will be given, the war will end. If not, new calamities will follow which belong to the second part.

a) the new calamities, consequences of the refusal of men to heed the demands of Heaven are the following: another world war worse than the previous one, famines, persecutions of the Church and the Holy Father;

b) the means to prevent these calamities are the consecration of Russia, first Saturday devotions.

c) the consequences in case of our obedience to Our Lady’s request would be the conversion of Russia and peace in the world. If not, again, new calamities will follow which belong to the third part.

a) the new calamities, the consequences of the refusal to consecrate Russia to the Immaculate Heart and to establish the first Saturday devotions in the world, have already been revealed partially by Sr. Lucia: Russia spreads its errors all over the world, the good will be martyred, nations annihilated, the Holy Father will have much to suffer.

However, other calamities are to be added. These must have something to do with the Faith, when in Portugal the dogma of faith would be preserved, in other places apostasy, crisis of Faith, failure of the Pastors, and a complete new “diabolical orientation” will be introduced within the Church.

b) In the two revealed parts, after the Blessed Virgin issued a warning, she then gave the appropriate remedies. As she is saving a large number of sinners from eternal damnation though the spreading of the devotion to her Immaculate Heart, and is furthermore triumphing by obtaining the conversion of Russia through the consecration to Her Immaculate Heart which will be done by the Pope, it is likely that the means offered in the remedy part of the Third Secret are also linked to the devotion to the Immaculate Heart of Mary. This seems all the more clear, since this battle of Hell against her will end by the triumph of her Immaculate Heart.

Moreover, the means offered always include a request to the Holy Father. However, according to the analysis from Father Alonso, as Our Lady doesn’t repeat herself, the hidden part won’t deal with the consecration of Russia or with the communion of reparation of the first Saturdays of the month.

What could this remedy possibly be? Some indications from Sr. Lucia’s writings can give an important hint: several times she asks for prayers for the acknowledgment of the Holy Rosary as a public prayer of the Church. As no allusion about this wish of Sr. Lucia can be found in all the communications and visions before, one can infer that this request could be found in the hidden part. This is confirmed in the interview with Father Fuentes, when Sr. Lucia remarks that “God was giving the two last remedies to the world: the holy Rosary and the devotion to the Immaculate Heart of Mary”.

And also the following passage: “Look, Father, the Most Holy Virgin in these last times in which we live has given a new efficacy to the recitation of the Rosary to such an extent that there is no problem, no matter how difficult it is, whether temporal or above all, spiritual, in the personal life of each one of us, of our families, of the families of the world, or of the religious communities, or even of the life of peoples and nations, that cannot be solved by the Rosary. With the Holy Rosary we save ourselves. We will sanctify ourselves. We will console our Lord and obtain the salvation of many souls.”

Other possible remedies could be: the acknowledgment of the feast of the Immaculate Heart of Mary as one of main celebrations in the Church, acknowledgement of Our Lady as the Mediatrix of all graces.

c) As the whole secret is the description of the devil’s final battle and each part reveals another and more drastic aspect and development of this battle, logically the third part will be the ultimate one. Therefore, the consequence of this part cannot be the introduction into a new (forth) one, but must necessarily lead to (or be itself) the conclusion of the whole secret. Now this conclusion we know: the triumph of the Immaculate Heart, the consecration and conversion of Russia, and a period of peace. 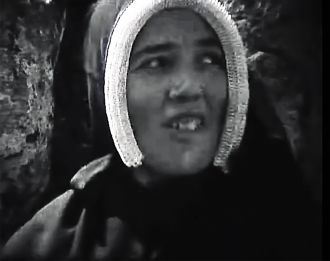