The apostle of the latter times

From the words of Our Lord Jesus Christ about His Second Coming, when He will come again in the glory to the world at the end of time, from the different texts of letters of the Apostles, and in particular, from the Book of the Apocalypse, we gather that these last days are the apogee of Satan’s power, the last outbreak of his rebellion. At that moment, when the opponent seems to have a complete victory, "the King of kings and Lord of lords" will return and will bring the final victory. The only saint who formulated in a very concrete way the essence of this fight of "the apostles of the latter times" was St. Louis de Montfort (1673–1716).

His apostolic activity was marked by two important characteristics, first, the troubles, difficulties and failures in his undertakings. But after a while, he saw in them the manifestations of God's love. They never weakened his efforts in the course that he had chosen; rather, they strengthened his faith. Another important characteristic of his life was his fight against the heresy of Jansenism. Its supporters have cooled down the love of God in the hearts of the faithful under the mask of a timid reverence for God and a misunderstood respect for holy things. They acted against the devotion to the Blessed Virgin Mary and discouraged the faithful from receiving Holy Communion frequently. Our saint’s weapons were his eloquence, his vicarious sufferings, his endeavors to convert those heretics, but above all, his boundless confidence in the Holy Mother of God.

The Perfect Devotion to the Blessed Virgin Mary

St. Louis Marie described his devotion to her as a "slavery". However, it is not a forced submission, but an act of total dedication to the Blessed Virgin Mary, without as any reserve and with his whole being – what he is, what he has, and what he will have; of becoming her complete property, in order to belong entirely to Jesus Christ through her. The principles of giving oneself to Mary were described in his most famous work “The True Devotion to the Blessed Virgin Mary”. He himself foretold the fate of his little book – Satan, fearing its salutary influence will try all his might to hide it from the world and sink it into oblivion. The prophecy of our saint was fulfilled exactly. The manuscript not published during author's lifetime but laid in oblivion until it was discovered by chance in 1842 in an old trunk between many other manuscripts. Why did he call this devotion as perfect, and why to this day it enjoys a great recognition? He mentioned and recommended various ways of honoring the Blessed Virgin Mary, which were developed over the centuries. However, he gives a new way of honoring the Mother of God, which is clearly superior to all others, and so, it can rightly be called perfect.

"All those who are likely to read this book ("The True Devotion to the Blessed Virgin Mary"), love God, and lament that they do not love Him more; all desire something for His glory, — the spread of some good work, the success of some devotion, the coming of some good time. One man has been striving for years to overcome a particular fault, and has not succeeded. Another mourns, and almost wonders while he mourns, that so few of his relations and friends have been converted to the faith. One grieves that he has not devotion enough ; another that he has a cross to carry, which is a peculiarly impossible cross to him ; while a third has domestic troubles and family unhappinesses, which feel almost incompatible with his salvation; and for all these things prayer appears to bring so little remedy. But what is the remedy that is wanted? What is the remedy indicated by God Himself? If we may rely on the disclosures of the Saints, it is an immense increase of devotion to our Blessed Lady; but, remember, nothing short of an immense one. Mary is not half enough preached. Devotion to her is low and thin and poor. It is frightened out of its wits by the sneers of heresy.

It is always invoking human respect and carnal prudence, wishing to make Mary so little of a Mary that Protestants may feel at ease about her. Its ignorance of theology makes it unsubstantial and unworthy. It is not the prominent characteristic of our religion which it ought to be. It has no faith in itself. Hence it is that Jesus is not loved, that heretics are not converted, that the Church is not exalted; that souls, which might be saints, wither and dwindle; that the Sacraments are not rightly frequented, or souls enthusiastically evangelised.

Jesus is obscured because Mary is kept in the background. Thousands of souls perish because Mary is withheld from them. It is the miserable unworthy shadow which we call our devotion to the Blessed Virgin that is the cause of all these wants and blights, these evils and omissions and declines. Yet, if we are to believe the revelations of the Saints, God is pressing for a greater, a wider, a stronger, quite another devotion to His Blessed Mother. I cannot think of a higher work or a broader vocation for any one than the simple spreading of this peculiar devotion of the Venerable Grignion de Montfort. Let a man but try it for himself, and his surprise at the graces it brings with it, and the transformations it causes in his soul, will soon convince him of its otherwise almost incredible efficacy as a means for the salvation of men, and for the coming of the kingdom of Christ. Oh, if Mary were tut known, there would be no coldness to Jesus then ! Oh, if Mary were but known, how much more wonderful would be our faith, and how different would our Communions be! Oh, if Mary were but known, how much happier, how much holier, how much less worldly should we be, and how much more should we be living images of our sole Lord and Saviour, her dearest and most blessed Son!" — Fr. Friderick William Faber.

Mary — Mediatrix of all graces

The theme of his book is also his personal motto: "All to Jesus through Mary". He often experienced the maternal protection of Mary. This is something that all those who give themselves completely and voluntarily to her, becoming her slaves, to reach her Divine Son, will also experience. He presented the easiest, the shortest and most effective way of becoming a total and lasting servant of Mary and gives us reasons why we should give ourselves to her without any hesitation. This total consecration to the Blessed Virgin requires us to do everything for Mary, with Mary and through Mary in order to make them better and more perfect for Jesus, with Jesus and in Jesus. This teaching of the True Devotion to Mary is based on the universal mediation of the Blessed Virgin. On this genuine Catholic truth that Mary is the Mediatrix of all graces with the sole Mediator, through Whom we have access to the Father, Our Lord Jesus Christ. This doctrine provides at the same time its comprehensive explanation and profound justification. Rightly, therefore, can St. Louis Marie be called an incomparable apostle and a prominent doctor of the universal mediation of Mary.

To make the Act of Consecration to Jesus Christ through Mary one should be prepared properly:

Familiarize oneself with the works of St. Louis Marie by reading the Treatise on True Devotion to the Blessed Virgin Mary and the Love of Eternal Wisdom;

• Make a 33-day (private) retreat, which need not interrupt one’s daily life. One hour a day should be dedicated for reflection and prayer, and if possible, avoid unnecessary and distracting activities.

• The Act of Total Consecration should be done in one of the main Marian feasts, recited in a special ceremony and presided by a priest.

• Before starting the 33-day retreat, it is recommended to attend a Montfortian retreat.

“I would recommend as the most admirable work on the True Devotion to the Blessed Virgin Mary written by St. Louis Marie Grignion de Montfort and give with all my heart the Apostolic blessing to all those who will be reading this work" — St. Pius X

Detailed information on the schedule and places of retreats are available at: 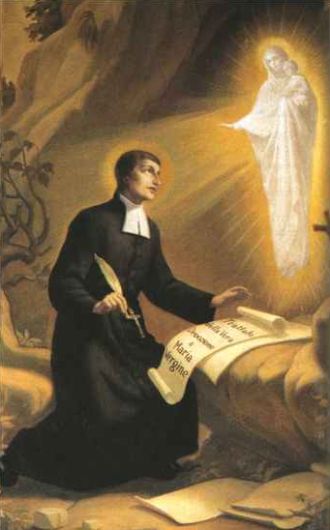 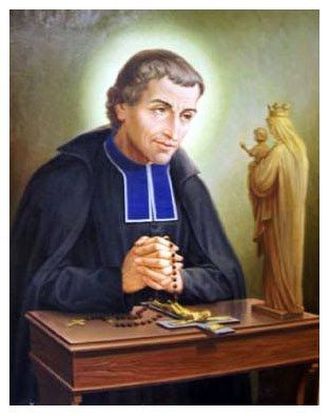 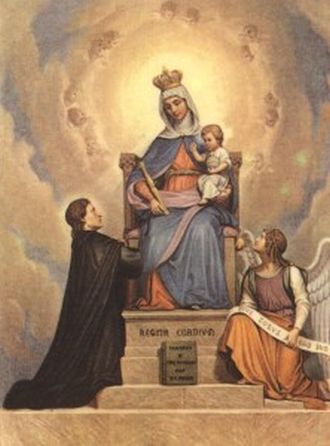 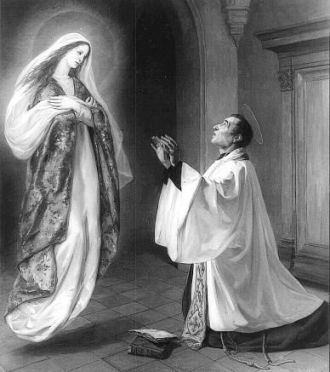 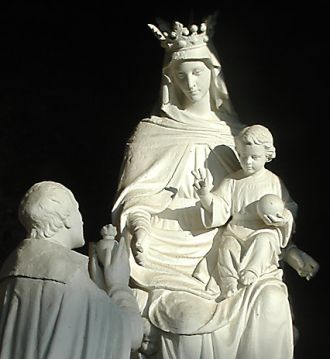