May – the month of Mary

Today brings us to the 1st of May - the month dedicated to the Blessed Virgin Mary. What better motive could Knights need for living up to the Act of Consecration to Mary they made at their enrolments and renewing their efforts to win more souls for the Immaculata?

May, being Mary’s month, gives us the perfect excuse to distribute Miraculous Medals and flyers from the M.I. corners in the chapels we attend. Be sure to have a few to hand for when an opportunity presents itself. Personal experience shows that few people will decline to accept a Miraculous medal when one is offered. Each of these sacramentals acts as a channel for the flow of Mary’s graces into the souls of whoever accepts them - and we can safely leave the rest to her. Only last night I received a request from someone who had been offered a flyer and who had felt prompted to investigate, and is now seeking to be enrolled.

Let us each, not only as Knights of the M.I. but also as recipients of the Sacrament of Confirmation, show ourselves to be soldiers in the battle to win souls for Our Lord through his Blessed Mother.

During May we say the Litany of the Blessed Virgin Mary.

In the late eighteenth century, a pious practice sprang up in Italy whereby the month of May became consecrated to the honour of the Blessed Virgin Mary - the Mother of God. This practice arose from a desire to change this time of merry-making into one of instruction and devotion. From Italy it passed into France and other European countries where it produced beneficial results.

Around the year 1840, in America, the Very Reverend Peter Richard Kendrick (1806-1896) proposed a practice based on the Litany of Loretto as a means of expressing high veneration for the Ever-blessed Virgin Mother of God, and calculated to promote the imitation of her virtues. There are other proposals by other authors, but this text concerns only the practice proposed by Fr. Kendrick.

The practice calls for specific requirements for each of the 31 days in May in terms of readings, prayers and aspirations in which the assembled faithful participate. There are preparations on the evening preceding the start of May, which include the recitation of the Litany of the Blessed Virgin Mary, and at the end of the month come concluding exercises which include an act of consecration to the Sacred Heart of Mary and the Litany of the Sacred Heart of Mary. On the first Sunday after the end of May, the faithful are expected to go to Confession and receive the Blessed Sacrament. 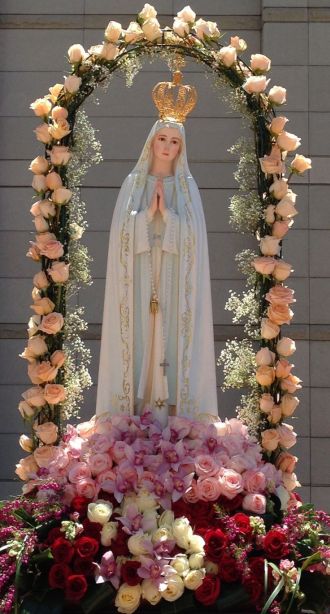