The Feast of Our Lady of the Rosary

Today is the Feast of the Most Holy Rosary of the Blessed Virgin Mary. At Fatima, Our Lady asked us to pray the Rosary every day. The feast of Our Lady of the Rosary was instituted by the pope Pius V for an everlasting memory of this great victory in 1571.

For about a century before the battle of Lepanto the Turks had been spreading dismay all over Christendom, and the year 1571 seemed to them to be the most opportune time to deal out death to Christianity. The Mussulman fleet has already mastered the greater part of the Mediterranean, and was threatening Italy, when, on October 7, 1571, it came into action, in the Gulf of Lepanto, against the pontifical galleys supported by the fleets of Spain and Venice.

Pope Pius V organized a fleet under the command of Don Juan of Austria the half-brother of King Philip II of Spain. While preparations were underway, the Holy Father asked all of the faithful to say the rosary and implore our Blessed Mother's prayers, under the title Our Lady of Victory, that our Lord would grant victory to the Christians. Although the Moslem fleet outnumbered that of the Christians in both vessels and sailors, the forces were ready to meet in battle.

On the 7th of October, 1571, on the Gulf of Lepanto was raised aloft by the Christian fleet the standard of hope — it was the image of the Blessed Virgin, surmounted by a Cross and a Rosary.

Whilst the battle was raging, S. Pius V. was treating with the Cardinals assembled at the Vatican on some grave business matters. All of a sudden he withdraws from the meeting, moves towards a window, remains there for some time, his eyes fixed in the direction of Lepanto, and then exclaimed with the accent and look of inspiration: "Let us kneel; let us cease speaking of business matters and think only of rendering thanks to God for the victory He has just given us." The Moslems were defeated at the Battle of Lepanto.

The following year, Pope St. Pius V established the Feast of the Holy Rosary on October 7, where the faithful would not only remember this victory, but also give thanks to the Lord for all of His benefits and remember the powerful intercession of our Blessed Mother.

But what share had the Rosary in this magnificent triumph? For two years before the battle, we have said, all the Rosary Confraternities of the world and the rest of the faithful were at the feet of Mary asking her assistance through the prayer so dear to her and her Son, the Rosary. The battle took place on the 7th of October, which in 1571 was the first Sunday of the month, the very day on which all the Rosary Confraternities of the Church were making their solemn processions and addressing solemn supplications to Heaven in behalf of the Christian cause. 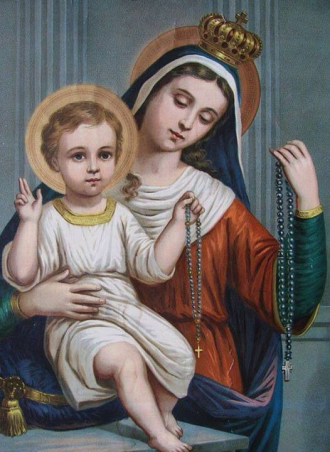 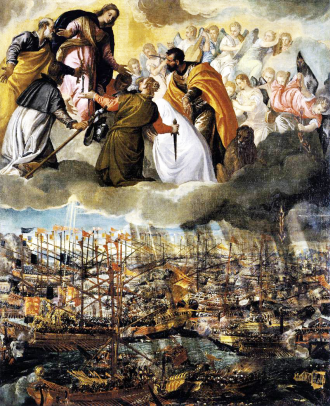