128th Anniversary of the Birth of St. Maximilian

The 7th of January 2022 is the 128th Anniversary of the Birth of St. Maximilian, the founder of the Militia Immaculatae.

Raymond (Rajmund) Kolbe was born into a humble family in the small Polish town of Zduńska Wola, not far from Łódź, on the 7th of January 1894. He was the second of five sons, although two of the younger ones died soon after birth, such was the poverty and hardship of his family's circumstances. Francis (Franciszek) was the firstborn, then Raymond (Rajmund), followed by Joseph (Józef). Walenty and Anthony (Antoni) were the two who died.

Nonetheless, his parents, Julius (Juliusz) Kolbe and Mary (Maria) Dąbrowska, who had grown up in that town and were imbued with the strength of faith typical of its inhabitants, accepted God’s will and strove to do the best they could for their remaining sons. Mary set a great example to her children, as did Julius, both being members of the Franciscan Third Order and it was from this environment that young Raymond absorbed his early concepts of the part religion was to play in his life. Even so, this did not prevent him from displaying his individualism with occasional flashes of obstinacy and audacity for which he expected to be disciplined.

As time passed and the family required more space than their single roomed apartment could permit, it became necessary to relocate to Pabianice, where Julius was eventually able to open a shop and rent some land for a small-holding and where Mary obtained work as a midwife, as well as helping Julius and discharging her duties as mother and housewife. The time came for their three sons to begin their schooling, and Julius and Mary entrusted them to Fr. Włodzimierz Jakowski, so that they might receive a sound religious formation and instruction.

Raymond’s individualism showed itself in that when he had done anything for which he knew he deserved to be punished, he would not only admit it, but would fetch the stick so that his mother or father could administer his punishment, and then, with no complaints — indeed with thanks for his punishment — he would take it back again. This was by no means commonplace in a young lad.

Around this time, in 1904, when he was ten years old, young Raymond had an experience which was to transform his life.

It occurred after an innocuous act of mischief which displeased his mother, and she said to him: ‘My little Raymond, who knows what will become of you?’

She thought nothing more of her question, but it brought about a sea change in his life in so far as he suddenly became very serious, one could almost say he became older than his years, and he was often in tears during his prayers.

Fearing for his health, his mother pressed him for an explanation saying: “You ought to tell your mother everything.”

His mother received his explanation but told no-one except Julius until after Raymond’s death when she revealed it to the friars in a letter dated the 12th of October 1941. This is what her letter said about how he related his experience:

His mother knew from the change that had come over him that he was telling the truth, and she said that his acceptance of both crowns prepared her for what was to happen later. Raymond became a great helpmate around the home, undertaking all manner of duties to assist whilst his parents were away from the house earning a living — scrubbing and sweeping, preparing and cooking the food, doing the laundry, making the beds — and all with the greatest of diligence and obedience, and in a spirit of service.

The baptismal font where he was baptized at Raymond Kolbe 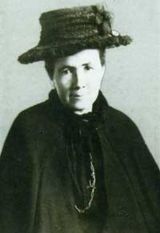 The mother of Rajmund Kolbe 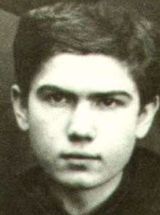 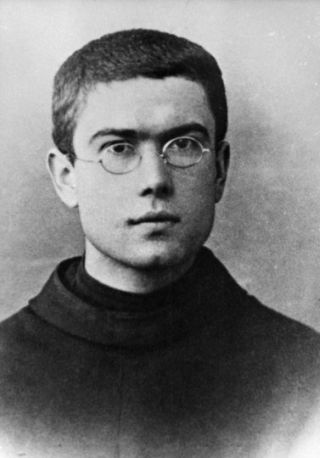 St. Maximilian as a seminarian 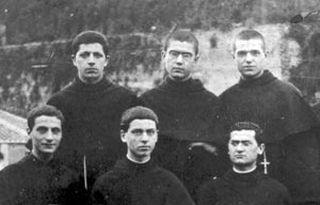 St. Maximilian among brothers in the seminar